Bleeding from the vagina should always be considered abnormal if it happens when you are not having a period. I have set out below the number of different types of abnormal vaginal bleeding:

i) Bleeding after the menopause has taken place (post-menopausal)

Most women will go through the menopause around the age of 50. If you develop bleeding after your periods stop, you must let your doctor know. Although in the vast majority of cases, (9 out of 10), the cause of the bleeding will be benign (non-cancerous) it is nevertheless a symptom of cancer of the lining of the womb (endometrial cancer), and so it should not be ignored. You should immediately arrange to see your doctor. Even if you do have a cancer, it can be cured if it is detected early enough.

Post-menopausal bleeding may also be a symptom of cervical cancer, although cervical cancer is much less common in the UK. Again, as long as it is detected early enough this cancer can be cured.

Cancer of the vulva (the skin-covered area between the legs on the outside of the vagina) can also cause post-menopausal bleeding but this is often associated with a lump or an ulcer on the vulva.

There are many causes for bleeding after sex, the majority of which are benign (non-cancerous). It can be due to infection with chlamydia (a sexually transmitted infection), polyps (these are like skin tags) or injury. However, it is also an early warning sign for cancer of the cervix. You must see your doctor immediately if you develop this symptom, even if you have had a recent normal smear test. The doctor will examine the cervix with a strong magnifying device called a colposcope and will tell if other tests are needed.

Bleeding between periods can vary from a light spotting to heavy, prolonged bleeding. If the bleeding occurs mid-cycle (halfway between periods), it may be due to ovulation. Ovulation is when the egg is shed from the ovary, ready to be fertilised to become a pregnancy. Some women get an ovulatory bleed each cycle. This is nothing to worry about and is simply a variation of normal. However, if you experience mid-cycle bleeding for the first time, speak to your doctor. It may be necessary for some further tests to make sure that nothing more serious is going on.

Intermenstrual bleeding may also be due to polyps in the lining of the womb. Polyps are small, fleshy growths, rather like skin tags that some people get on their faces or other parts of their body. They are mostly benign. If your doctor suspects a polyp, he/she will organise an ultrasound scan. If a polyp is detected, you will be advised to have this removed. This involves a procedure called hysteroscopy, where a small telescope is passed through the vagina into the womb via the cervix (neck of the womb). This is an easy procedure and can sometimes be done as an outpatient. The polyp is removed and sent to the laboratory to be inspected so that cancer or other more serious conditions can be ruled out.

Intermenstrual bleeding can also be a warning sign for a cancer of the lining of the womb (endometrial cancer), particularly when it occurs in women in their mid to late forties. You should see your doctor if you get this symptom. The doctor will organise an ultrasound scan of your pelvis and may recommend a hysteroscopy if the lining of the womb appears unduly thick. As long as it is detected sufficiently early, endometrial cancer can be successfully treated.

Vaginal discharge may be caused by infection. One of the most common causes of abnormal vaginal discharge is caused by thrush. Thrush occurs due to an overgrowth of a fungus called candida that normally lives in the gut. It is not a sexually transmitted infection. It is more common in pregnancy, in women on the pill or in women with diabetes. Taking antibiotics can also cause thrush and some women get thrush before each period. It usually causes a thick yellowish discharge which looks like cottage cheese. It also causes itching and soreness. You can treat it with anti-fungal preparations that you can buy over the chemist counter. If it comes back frequently you should tell your doctor so that tests for diabetes or other conditions can be carried out.

A smelly, thick, blood-stained discharge may be a symptom of cervical or endometrial cancer. Again you must seek help immediately if you develop this symptom.

All women will experience abdominal bloating and swelling at some point in their lives. Common minor bowel disorders such as irritable bowel syndrome can cause this symptom. However, if you are a woman in her late forties or older and experience this symptom for the first time, it may be due to ovarian cancer. The ovaries are small, almond-shaped organs that sit on either side of the womb. The eggs from which babies are produced are stored in the ovaries. From the time a woman starts her periods one egg is released each month. This is known as ovulation. If the egg is fertilised then a pregnancy results. If the egg is not fertilised the woman has a period about two weeks after ovulation. Ovarian cancer is known as the ‘silent killer’ because women often do not experience symptoms until the disease is advanced and more difficult to treat. However, following discussions with my ovarian cancer patients, it has become clear to me that women often experience symptoms for several months before their cancer is detected. You must therefore report any new bloating or swelling to your doctor. Your doctor will organise an ultrasound scan to check the ovaries. If they are enlarged or appear abnormal, you will need further tests to check if you have ovarian cancer. 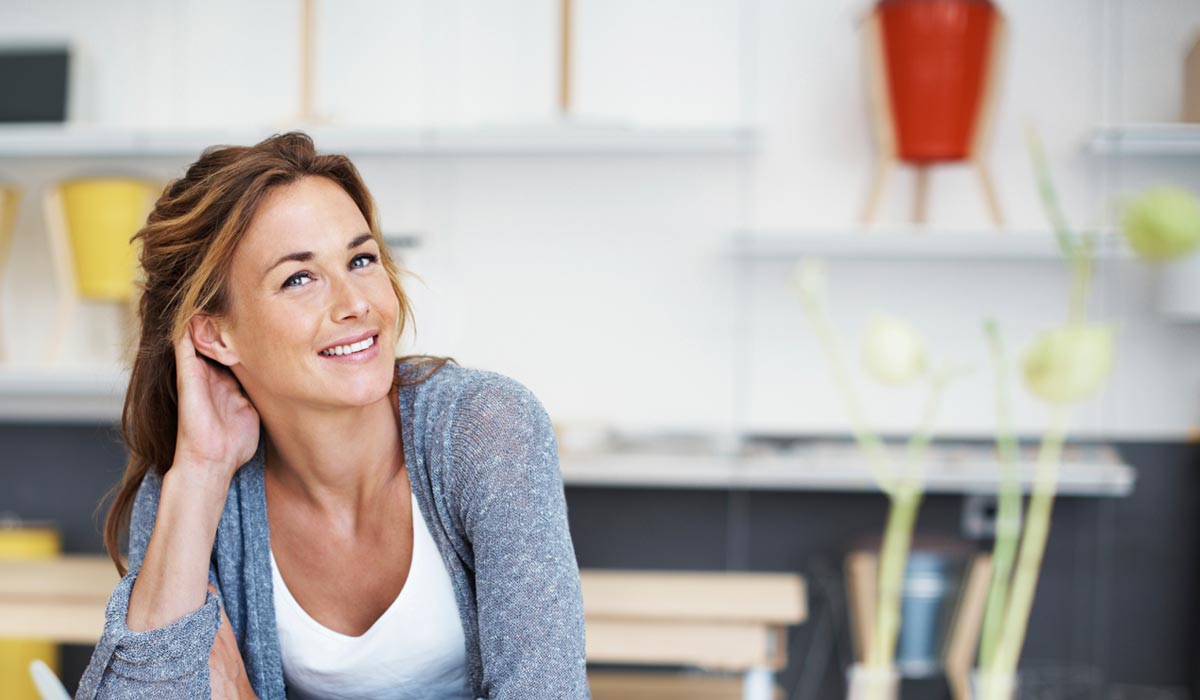 The vulva is the skin-covered area between your legs. The skin on the vulva can be quite sensitive and itching is quite common, particularly in older women. Itchy skin on the vulva can be due to dryness, eczema or psoriasis, all common skin conditions. It is important however that you do not ignore itching, especially of it does not go away after simple remedies, as it may be a sign of vulval cancer. Vulval cancer usually causes a lump or an ulcer but itching can also be a symptom.

Like all gynaecological cancers, vulval cancer is easily treated if it is detected early. If your doctor suspects cancer, a small sample of skin, known as a biopsy will be removed and sent to the laboratory for analysis. This can be done in the clinic with local anaesthetic. If the biopsy shows cancer then treatment involves an operation to remove the cancerous area. The treatment is highly successful in early cancer. However, in at least a third of women, the cancer is quite advanced when it is detected. This is because women may be embarrassed to tell their doctor about their symptoms. There is nothing to be embarrassed about; the specialist will treat you with care and sensitivity.

Women should be aware of the symptoms that may indicate the presence of gynaecological cancer. This page does not cover every single symptom and my advice is please visit your doctor if you are in any way concerned.

Miss Adeola Olaitan contributed to this BBC article about ovarian cancer in very young women When 14-year-old Kelliyah started experiencing severe abdominal pain, she initially blamed it on one too many fizzy drinks and a lack of exercise. She lived with the persistent symptoms for weeks before going to hospital. But once she did, doctors […]